There’s a huge number of British novelists writing today about contemporary crime. A search of Amazon throws up a lot of them. Some are not much cop, as you’ll find if you open the Look Inside that Amazon so helpfully provides, but some are good. Quite a few British writers of contemporary crime are well worth spending a few evenings with – you’ll get a lot more pleasure and satisfaction from them than you will out of the average evening’s television schedules.

But the best three?

I’d put these three ahead of Peter James, Ian Rankin, Val McDermid, and a number of others with a good following. What they all have in common is:

This is not a blanket endorsement. Ann Cleeves has four series in print; Shetland and Vera are both very good indeed, and well deserving of their TV success, but I’m less enamoured by her George & Molly and Inspector Ramsay offerings.

As for the other two:

I can recommend both series by Elly Griffiths (that’s not her real name): she has the Dr Ruth Galloway

books about a forensic archaeologist in
Norfolk and the Detective Inspector Edgar Stephens and Max Mephisto books; both series are excellent, but Stephens and Mephisto isn’t actually contemporary, because it’s set in the years immediately following the Second World War. Max Mephisto is a magician, which can lead to some plot points that challenge the reader’s willingness to believe; come to think of it, one of the central characters in the Ruth Galloway books is a druid called Cathbad, so both series have a strong magical element, but that does not detract from the sheer joy of reading these books. 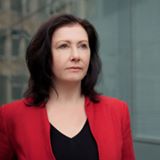 Jill Marsh is a Welsh woman living in Switzerland who writes in a room on the top floor of her home there so that she can gain inspiration from looking into the cemetery next door. Yes, well…we are talking about crime fiction, after all. She is about to publish the final book in the Beatrice Stubbs series and promises that a new series with a new protagonist will follow. Given the quality of the Beatrice Stubbs books, I have every confidence that the new series will be excellent. For anyone who has not yet come across Beatrice, there’s a review of the first book in the series here.