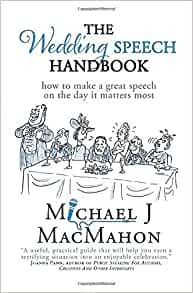 However much or little experience you have, this book has something to teach you

I received a free copy of this book in return for an honest opinion. I’ll be frank: I didn’t expect to learn much. How wrong I was! Many years ago, when I began my sales career with IBM, I attended a course on public speaking given by a “resting” actor. Since then, in forty years of selling, I’ve spoken to large and small gatherings in many countries. I’ve been complimented from time to time on what people described as very professional performances. I thought I knew everything there was to know. Nevertheless, when this book was offered to me just before my daughter’s marriage, I decided it would be a good idea to see what Michael J McMahon had to say on this very specific branch of speaking. When I read it, I ripped up the speech I had planned to give and wrote another, following McMahon’s advice. The speech was received with laughter and applause. My takeaway: It doesn’t matter whether you have no experience of speaking in public or you’ve been doing it for years – there’s something here that you can learn from. If you’re going to speak in any capacity at a wedding, buy this book, read it thoroughly and do what the author tells you.

Return to reviews of other writers’ books 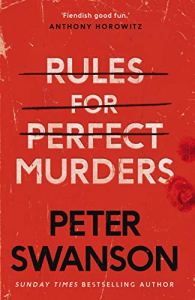 This is a very clever book on a number of levels. Peter Swanson has pulled off two very difficult tricks in one book:

This is not really a mystery in the Agatha Christie sense, because the unravelling does not come from a series of clues – instead, as is normal in mystery fiction today, the killer is simply introduced to us at the appropriate point. The reason I’ve taken half a star if you’re reading this on my blog and a full star if you’re reading it on Amazon from something that is otherwise five-star perfect is that there is no “Of course!” moment – you don’t think, as you do with the very best mysteries, “How did I miss that? It’s been staring at me almost from Page 1.”

Nevertheless, it’s an excellent book and I recommend it.

Return to Reviews of Other People’s Books