You are here: Home » Danny Boy 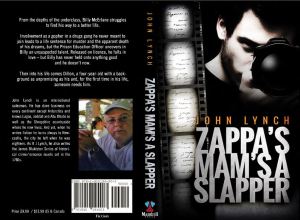 This evening on I’m Sorry I Haven’t a Clue, when Tim Brooke-Taylor had to sing I’m a teenage dirtbag to the tune of Danny Boy, I found my mind drifting to my own use of Danny Boy which ended on the writer’s version of the cutting room floor. This was originally part of Chapter 1 of Zappa’s Mam’s a Slapper:

The Howards told me there’d been a street party when Prince Charles married Diana, though they also said they’d had it at the local primary school which sounds to me like a school party, not a street party. Mister Howard said half the Catholics didn’t come because they said they were Irish and they weren’t going to celebrate any damned English royal family foolishness, which brings me back to why do they stay here if they hate it so much? And the rest came but they negotiated their share of the festivities, which included having some young boy sing Danny Boy. I suppose we should be pleased they didn’t insist on Kevin Barry.

(Danny Boy. In Young Offenders, as I said, we’d go to churchy things just for a break. There was an RC chaplain there who talked about Catholic Guilt. I suppose he thought guilt was something we should focus on, us being what and where we were. To hear him talk, you’d think the whole world was founded on Catholic Guilt. And you know what? There’s no such thing. When did you ever hear a Spaniard or an Italian go on about Catholic Guilt? What there is is Irish Guilt. Listen to Danny Boy and you’ll see. It’s supposed to be a mother or a father singing to their son who is off to some place with more opportunity, America probably, and this mother or father says,

“And if you come, when all the flowers are dying
And I am dead, as dead I well may be
You’ll come and find the place where I am lying
And kneel and say an “Ave” there for me.”

The paddies get all weepy about that. But it’s that bit about “as dead I well may be” that gives it away. What this mother or father is really saying is, “You go off and do whatever you want to do. You just look after yourself and never give me, the poor ould ‘un that gave you your miserable life, a single thought. I’ll probably be dead when you get back, if you ever do get back which you probably won’t because you’ll be having far too good a time to bother coming back to see me, but don’t you worry your pretty head about that. You just go off and enjoy yourself like the selfish little shit you are and don’t give me any consideration at all. Just like you never do.” That’s Danny Boy. And that’s Irish Guilt. The mother or father is laying a nice big slice on the departing child. Enough to last a lifetime. And that is why they keep going on about what a grand place ould Ireland is while taking damn good care never to set foot there again).

If you’re Irish and I’ve just offended you, I apologise. <Snigger>

I had to cut that passage from Zappa’s Mam and I’m used to that—to get to the 92,000 words the book has in its finished form I probably wrote a total of more than 150,000. Barbers sell the hair that ends up on the floor of their shop but writers mostly don’t get the chance to reuse their offcuts. Writing this blog post has given me a frisson of guilty pleasure.

Writer of historical fiction (as R J Lynch) and contemporary fiction (as John Lynch). Also freelances as ghost writer, book doctor and editor for publishers in the UK, USA and Canada View all posts by John Lynch →
Join 621 other followers